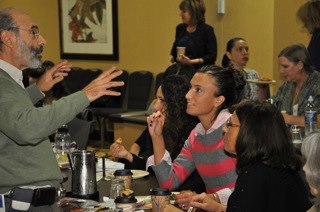 I recently was a featured speaker at a conference for holistic skin care professionals, teaching them the basics of my nutritional treatment of skin conditions. the conference title was the AHSCP Holistic Skin Care Conference 2012, held in Kalamazoo, Michigan and sponsored by Elina Organics.

The title of my presentation was, “The scientific basis for treating inflammatory conditions of the skin with natural therapies.” This is part of my effort, along with my blog, upcoming chapter, and upcoming book, of helping more people to understand how important it is to employ Holistic Dermatology in helping people improve their skin.

Check out a copy of Prevention Magazine this month; I’m quoted in the current November 2012 issue of

Prevention, in their article, 10 Things to Eat for Perfect Skin.

I discuss the relationship between eating sugar and the accelerated breakdown of the collagen and elastin in the skin, leading to wrinkles. Sugar binds to proteins in the skin forming Advanced Glycation Endproducts (or AGE’s). These AGE’s stimulate enzymes that chew up to collagen and elastin, leading to sagging skin. Check out the article for the full story. (Prevention, Nov 2012, p 52) 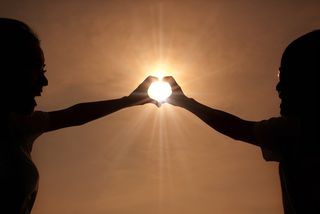 Vitamin D is back in the news, with recent studies showing that fewer people need Vitamin D supplements, according to new FDA guidelnes. I disagree with these new guidelines because they’re based on a study I find sorely lacking:

For example, there was unfortunately no examination of Vitamin D and bone health in this study. Also, the effect of higher vitamin D levels on boosting immunity in such a way as to counteract autoimmune disorders was neither mentioned, nor investigated.

The studies also purport that lower levels of Vitamin D did not affect overall mortality in a totally mixed and kidney disease population. They even mention that Vitamin D was associated with kidney disease and some cancers.

Such studies with no regard for the complex underlying way a supplement acts on the human body (and specifically immune system and bones) can only serve to confuse physicians and the general population. Until I see careful studies of people with different illnesses, and studies that contradict what has been shown in the immune system, I will continue to consider the new lower vitamin D levels recommended as insufficient for certain individuals with disorders of the immune system.

What’s worse, this kind of study and the headline stories about the supposed conclusion of this meta-analysis in the press could harm hundreds of thousands of people who actually do need more vitamin D because of the condition they have or the condition of their immune system.  For example, another recent study showed that people with pneumonia had better survival if they had higher Vitamin D levels, and that the benefits depend on the type of Vitamin D taken (Vitamin D3 possibly being superior to D2).

We will keep you up to date exploring the many aspects emerging on this important vitamin, Vitamin D, as it relates to the skin and the immune system.