It is the beginning of the New Year, so I want to wish the best to all of you and to our world.

I would like to share some very exciting news with you. I was invited to go to India to be a featured speaker for an International Symposium on Integrative and Holistic Dermatology. To my knowledge, this was the first Symposium on Holistic and Integrative Dermatology sponsored by an academic Dermatology department, ever on the planet. On December 4, I gave three lectures on various aspects of holistic dermatology, and participated in a panel wrapping up the session at the Dermatology Department of Kasturba Medical College in Manipal University in Manipal, located in South West India. It was quite an experience to be honored by having the opportunity to teach about the approach to treating skin disease, and to do so to eager listeners halfway around the world. I have already heard from Dr. Shenoi, the head of the department, that what I presented was well received, and has given rise to new ways to treat difficult cases at the hospital there. In addition, my listeners were awakened to the neglected aspect of nutrition in Dermatology.

My knowledge was also enhanced by hearing the two other speakers, one of whom I had met when she was just entering this field of study.
I had a chance in Manipal to see the Ayurvedic department and the Yoga department at the medical center, which represents an integration of traditional care with conventional medical care that is rare in India as it is throughout the world. We spent a morning at a naturopathic hospital, which focused on diet and physical modalities for healing. Cleansing diet, simplicity, spirituality, and beauty of the surroundings, and yoga, were mainstays of the healing program there beyond the diet and other cleansing processes.

One of the other Integrative Dermatology speakers, Dr. S. I. Narahari, was having anopening of his new clinic for Applied Dermatology, and invited me to participate in the dedication and speak at his 5th annual National symposium. The physicians from all over India, honored mentor dermatologist Dr. Terrence Ryan from England,the press, and many people from the local government were present. More than 15 patients with elephantiasis were presented to a group of over 25 dermatologists and other physicians. Between presentations, I was asked by Dr. Narahari and a government minister to help design studies on nutrition and skin disease as, it relates to rural India. I am excited about being able to help those who might otherwise not receive care, and about extending studies in nutritional dermatology that can have a more widespread benefit.

To recover from jet lag on arriving in India, I spent the first 4 days in an Ayurvedic Spa, where I experienced the famous medicinal oil massages and hot herbal applications. We were treated to a visit to the associated third-generation manufacturing plant, which used age-old processes to manufacture Ayurvedic remedies. It has taken time for me to recover from the travels during flu season, so I finally writing to you now.

What has been most amazing to me are the similarities between several thousand-year old Ayurvedic concepts and what I am now doing, incorporating what is now being called functional medicine into my practice of dermatology. This will be thesubject of some of my letters and blogs in the future. 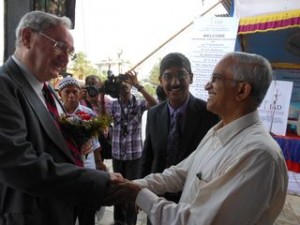 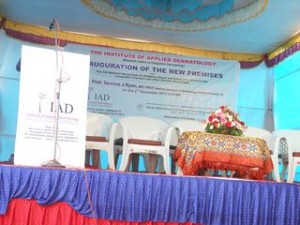 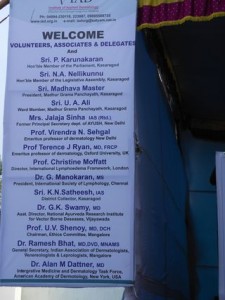 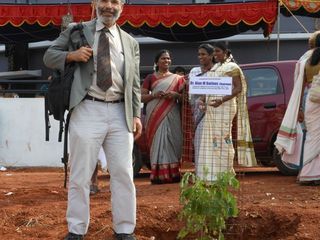 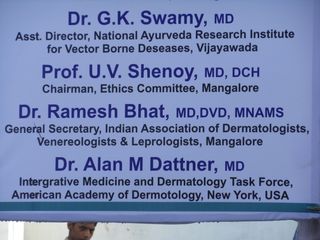 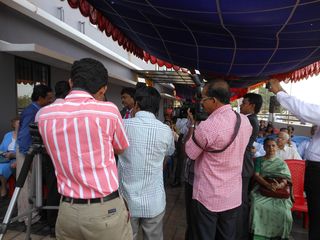 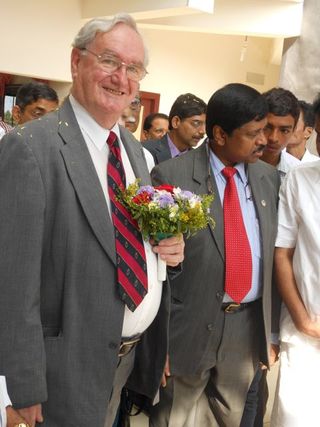 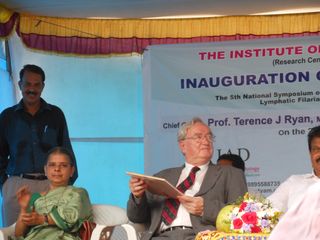 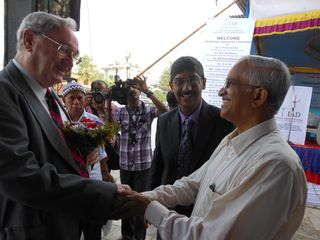 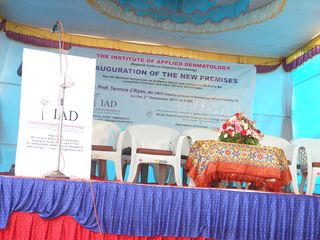 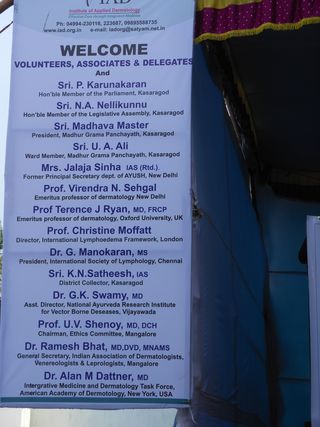 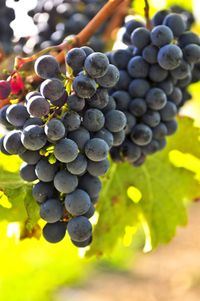 I just read a study evaluating the use of various vitamins and supplements and likelihood of getting skin cancer (squamous cell carcinoma of the skin) and wanted to let you know the exciting news about the results. The study was performed at the Kaiser Permenente Hospitals in San Francisco (where else?)

Here’s the scientific part: four hundred fifteen patients with squamous cell carcinoma (SCC) were age-matched with an equal number without cancer. They were questioned about their use of Vitamins A, C, D, and E, and grape seed extract. Grape seed extract (not to be confused with grapefruit seed extract) contains powerful anti-oxidants including “proanthocyanidins”.  These neutralize “free radicals” generated by sunlight, and help prevent sun damage to the DNA that leads to cancer.

What it means for you: The study showed that there was a significant association between use of grape seed extract and reduced development of skin cancer. Multivitamin use was associated with a borderline significant reduction in SCC’s. Vitamins A, C, E, and D were not associated with any change in likelihood of developing SCC. The only unsettling variable in the study was the increased prevalence of blond and red hair in the SCC group (unsettling because this means that people with lighter complexions seemed to have more incidence of cancer.)

Although there were some potential faults in the study design, it does point to the potential protective effects of powerful antioxidants like grape seed extract in protecting against squamous cell cancer of the skin. It does not remove the need for sun protection, but may offer protective additional protection.

According to an article published online ahead of print Oct 26 in the Journal of Allergy and Clinical Immunology, there was a significantly increased incidence of both food sensitization and filaggrin mutations in children who went on to developeczema and asthma.

A filiggrin is a protein related to penetration of foreign materials through the skin that has been found to be defective in a proportion of patients with atopic dermatitis, commonly known as eczema. The risk of being allergic to foods was up to 5 times as great in association with eczema as compared with those who did not have eczema.

Here’s what I have to say about this: despite the naysayers over the years who have claimed that eczema is not related to diet, this study from Germany shows an association between food allergy and eczema and asthma. I want to emphasize that in my experience, it takes more than food sensitivity testing and elimination to control food allergy manifestations.

Working with digestion, gut flora, and gut health, helps to reduce food allergy, and has proven to be helpful in reducing the incidence and severity of atopic dermatitis in infants, children and adults, as well as the severity of other inflammatory skin diseases.

Especially sensible is in normalizing these factors before starting pregnancy, if this planning is possible, and there is a history of atopy (asthma, hay fever, eczema) in you or your family. More about this important issue in a later blog.

Prevention of sunburn may make be wise for your nest egg, not just for your skin. Melanoma, one of the fastest increasing forms of potentially deadly cancer, is related to sun damage to the skin. Once it goes beyond the local stage and spreads, the chances of survival are in the order of 15%.

The good news is that various genetic subtypes of melanoma are being identified, and targeted by specific drugs. More good news is that a new “biologic” drug has been developed by Genetech named Zelboraf which blocks a specific mutated protein found in certain melanoma known as BRAF 600 V. This protein can be identified by a mutation test to see if Zelboraf will be effective in their melanoma.

The bad news is that this drug is slated to cost $9800/month. Another related drug for late-stage melanoma recently approve named Yervoy costs $120,000/treatment course. If you think it will be easy to get your insurance to cover such treatment, just try to get them to pay for an out of network visit or lab test.
Especially for those with pale skin, lots of moles, and/or a family history of melanoma, this cost really questions the wisdom of overworking oneself to save money to reward oneself with sunburn vacations and weekends getting in the sun. Your wisest path, and most affordable path, is one of reasonable sun protection with hats and clothing as preventative investment. And don’t forget to get any suspicious lesions checked.To your health,

I recently read a report in March in the journal Drugs in Dermatology about a man with metastatic melanoma (spreading skin cancer,) who had a partial regression of internal melanoma spreading. It occurred after applying a cream to the skin that was prescribed for lesser skin cancers.  The cream is Imiquimod, and was designed to stimulate the immune system to react against pre-cancers, warts, and occasionally, as in this patient, for basal cell carcinomas (the most common kind of skin cancer)

Interestingly, this patient could not tolerate other treatment he had been given, so, on his own,  he used the Imiquimod prescribed to him for a lesser skin cancer on the superficial metastatic lesions on his tummy skin, and the internal melanoma in his liver went away completely, and other internal melanomas got smaller.

The point of this comment is not to suggest Imiqimod for melanoma treatment; it may only work in certain cases, but rather to show that the right kind of stimulation of the immune system can make a great difference in reducing the size of potentially deadly cancers like metastatic melanoma.

The literature contains numerous reports and case reports of melanoma getting smaller or disappearing with other immune stimulants including chemicals like dinitrochlorobenzene (DNCB) and diphencyprone, and microbial stimulants such as Bacillus of Calmette and Guerin (BCG).

Not everyone responds to any given stimulus, so the challenge is to identify what the most likely stimulus is to get a melanoma rejected, and what else is necessary to get someone’s immune system to be strong enough to fight it off.

These are questions that I have been wrestling with in laboratories from Sloane Kettering to the National Cancer Institute over the past 5 decades.