I use a lot of supplements in my practice. In fact, it’s one of the largest parts of what I do. It’s important to guard against challenges like this in the future. Read below to learn more. 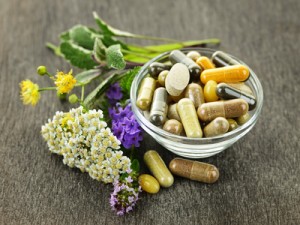 In 2011 there was a really troublesome initiative about to be activated by the GAO Congress from Senators Durban and Waxman, which could have drastically limited new innovative supplements, and raise the cost of any supplements created in the past 16 years of so.

Whole Foods talked about it here.The directive letter to the GAO, here, looks like it is simply designed to protect the public, but two major organizations aligned with natural health are concerned that it will in effect, be overlooking the protections in the DSHA act passed in 1994, and requiring any supplements since that legislation to be proven safe before they are allowed, even if they are produced by improved methodology from previously and still allowed supplements and herbs.
You may remember that DSHA was passed as a result of a massive public outcry about legislation which would have greatly removed availability of supplements, vitamins, and herbs from the roughly 80% of the population who now use them.I didn’t follow the day-to-day politics of the issue, but I now see that this is the latest in a series of political moves by Senator Durban which included a defeated bill which would have drastically reduced access to supplements.I have had the opportunity over the past three decades and especially over the past dozen year, to use nutritional, vitamin, and herbal supplements to help a lot of people get better from conditions which did not respond to the best quality conventional care. Many not only improved their skin, but also regained better energy and digestive function, and were able to resume active and productive lives. Side effects have tended to be minor or positive compared to htose that I have witnessed with drugs.
I shudder to think what would have happened to all of those lives if I did not have access to the tools to help them because of this pending Durban legislation.
If you value your health and freedom to take supplements. Don’t just take my word for it. Please check out the following organizations on their web pages, and decide about the issue for yourselves. Citizens for HealthAlliance for Natural Health – the Petition (2011)

The actual ploys used in this issue have been changing, as the legislators keep trying to make changes which in essence will in essence, benefit the drug companies.

Please remember that failure to act on this issue could result in loss of access to supplements vital to your health and life, or to to the health of people you care about. The danger of these products as used by experienced  practitioners is currently immensely smaller than that of pharmaceuticals properly prescribed.
I believe that we have enough of an industrial chemical burden and disease crisis without the US government, by legislative intimidation, taking away or making more expensive, a whole class of tools for people getting better. It all just forces us to use phamaceutical instead, rather than having a choice.

Tell your legislators that we are doing fine as we are.