“Visiting Dr. Dattner was the best health decision I have ever made. Let me start by saying that I have suffered with acne pimples and skin problems for most of my life.

Like many people, I have been to dozens of dermatologists and have been mistreated or misdiagnosed numerous times. Some said I had Eczema, some said I had rosacea, and others stated I suffered from rash like symptoms on my face. I felt as though I was being treated like a “guinea pig” since with each visit I was given a different form of antibiotic or topical solution that made my skin worse. I eventually gave up hope and tried to do my own research and in passing came across Dr. Dattner’s holistic approach on the internet.

I eventually contacted Dr. Dattner and after considerable thought decided to make an appointment. This turned out to be the best decision I could have made because in the one hour that I spent with him he diagnosed what others could not do for so many years. His holistic approach is top notch and I have no regrets. Now I am truly on my way to recovery! Thank you Dr. Dattner!!” –Anthony M.
Bronx NY

“After decades of struggling with fatigue, colds, and muscle ache, I can finally say I have my life back. I came to see Dr. Dattner after seeking treatment from a dermatologist for a condition called piityriasis rosea, a skin condition, which appears as red welts and is very itchy. I was miserable, and other doctors couldn’t help me.

Under the care of Dr. Dattner within 3 weeks I was welt-free and itch-free. We worked on diet, skin care, and the use of supplements. As time went on Dr. Dattner helped address other health issues I was experiencing for years, including chronic fatigue, fibromyalgia, gastritis, constipation and acid reflux.

Treatment has been so successful that I am now working once again outside the home. Even better yet I have eliminated naps. And yes there are other benefits to be had too; I have escaped colds and flu through the winter season without an annual flu vaccine.” -BV, New York

“Dear Dr. Dattner, I wanted to take the time to thank you for your herbal remedy to fight my severe acne condition. I had a lot of breakouts particularly on my nose, one of the most visible areas on the face on a weekly basis.

After our visit, I have seen a tremendous improvement in my skin–my face has cleared up tremendously, and I feel much happier.

In the past I have tried many different remedies, going to other dermatologists who only prescribed antibiotics, which became a health hazard over a period of time. I feel so much safer taking herbal remedies. Thank you again.” -JoC, New York

“I just want to thank you for the all you did for me. I’m totally healed! No bumps or lumps on my face. You did magic. My skin feels and looks so much better. You are an amazing doctor.

I’ve received amazing results from your treatment. I have been clear of rosacea, perioral dermatitis, seborrheic dermatitis, and the stubborn itchiness that I was affected with at different times of the month.

I have absolutely no trace of any skin condition. Thank you so much for spending your time and energy to heal me. I’m very grateful.” -JP, New York

“Dr. Dattner is an extremely gifted physician who helped me recover from a painful and disfiguring skin disorder. My skin was bleeding, shredding, breaking, and swelling from inflammation–so much that I had to wear a surgical mask.

He identified my autoimmune damage, and within days, dramatic improvement occurred. I could finally sleep, and uncover my face, due to the reduction of pain and inflammation, after having seen many doctors. Progress steadily continued.

With gratitude and appreciation, I have only the highest recommendation for Dr. Dattner.” -MK, New York

“You did such an amazing job with my daughter’s skincare – it’s amazing  you did it without pharmaceuticals – it is so wonderful to see her as healthy as she is – and we owe it all to you. Now, her sister wants to see you, too!” -Marisa S.

A combination of new products, and rediscovered herbal remedies have been found to have anti-aging effect for the skin.

Some of these have protective effects when take orally, and others are improve appearance applied directly to the skin. At least 4 groups of factors must be considered in choosing applied products: 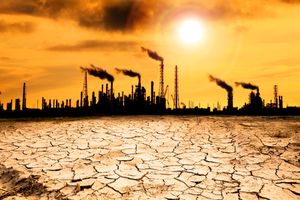 I often see our individual skin as a reflection of the condition of the skin on the face of our planet, so a recent article supporting that concept really caught my attention. The article explores the possibility that a form of hyperpigmentation called Melasma and facial hyperpigmentation might be related to pollution. Melasma, sometimes called the mask of pregnancy, is a form of pigmentation of the face that is often seen with female hormones are pregnancy. It is clearly aggravated by sun exposure.

In addition, there seem to be genetic factors that lead to the tendency for this and other forms of pigmentation of the face. What is new and explored in this recent article, Is the possibility that increased pollution is contributing to this hyperpigmentation.

What is not new is the observation that pollution has been increasing on the planet, and especially in more populated and industrialized areas. Pollution involves increased particulate matter and chemicals such as polycyclic aromatic hydrocarbons. These nano-sized tiny particles can get into the skin, and through a series of steps, cause excessive oxidative damage  leading to aging changes including hyperpigmentation.

Dr. Roberts demonstrated here that areas with the highest pollution, including India Southeast Asia, china, and the United States, also had increased melisma. This article focuses more on correlation then absolute proof, and discusses the other factors mentioned above that appear to contribute to Melasma.

Increased pollution in inherently industrialized areas is also being correlated with many serious health conditions. It is both sad and darkly amusing, that putting a dirty face on our planet with pollution maybe contributing to the appearance of a dirty face and women living in that pollution. Maybe it’s time to think seriously about cleaning it up. 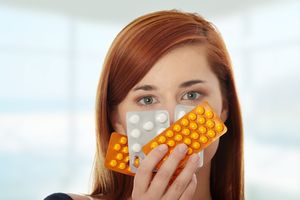 A recent study showed that the pain reliever, acetaminophen, sold as Tylenol, not only reduces pain, but also reduces emotional joy and sadness. The study, led by Geoffrey Durso at Ohio State University, recorded reactions to both pleasant and disturbing photographs, and showed diminished emotions to both, in people taking Tyelenol.

This is consistent with the work of Dr Candace Pert, who showed that information molecules form one system of the body that had a message to, for instance, depress activity, tended to have the same sort of action in other body systems. So, for example, mental depression could depress immune function, by a scientifically plausible process. It is time we open our eyes and deal with the underlying contributors to disease, whether from external sources or internal emotions.