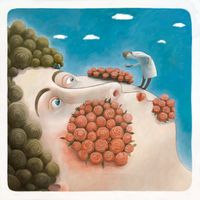 There have been a number of observations quoted in the literature of rosacea that is associated with a particular bacteria living in the stomach.

Some, but by no means all, people with this bacteria living in their stomachs get rosacea, and some people taking the antibiotic triple therapy to get improvement in their rosacea.

So here we have a bug that does not live in the follicles in the face that sets off the reaction in the face that we see as rosacea. The ability of an organism at a distant site to cause a reaction on the face is likely due to the immune reaction it sets off. This could be the start of a natural acne treatment.