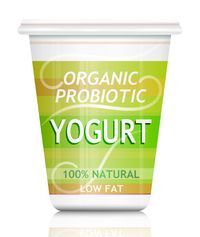 Protocols suggested include probiotics as the foundation for treatment of gut issues. Use of probiotics by physicians for problems associated with antibiotics goes back much further than our three decades, but during the recent 30 years or so, probiotics use seems to have been forgotten by the majority of doctors practicing in this country.

The traditional medical establishment seems to have rediscovered probiotics an article printed in JAMA (The Journal of the American Medical Association)–at least for the condition of diarrhea, which would be a more obvious manifestation of antibiotic overgrowth of yeast and other resistant organisms.

I welcome this study in a popular journal, even though it lacks a prominent mention of the possible relationship to yeast overgrowth from antibiotic use and the other synergistic measures that would help with this problem. Perhaps someday, integrative physicians like myself will be recognized as clinical pioneers than as quacks. And to the authors of the article who have recently explored this treatment, I must add, “You don’t say; what a surprise!”

I’ve included the abstract from the study below.

A Systematic Review and Meta-analysis

Context Probiotics are live microorganisms intended to confer a health benefit when consumed. One condition for which probiotics have been advocated is the diarrhea that is a common adverse effect of antibiotic use.

Objective To evaluate the evidence for probiotic use in the prevention and treatment of antibiotic-associated diarrhea (AAD).

Results A total of 82 RCTs met inclusion criteria. The majority used Lactobacillus -based interventions alone or in combination with other genera; strains were poorly documented. The pooled relative risk in a DerSimonian-Laird random-effects meta-analysis of 63 RCTs, which included 11 811 participants, indicated a statistically significant association of probiotic administration with reduction in AAD (relative risk, 0.58; 95% CI, 0.50 to 0.68; P < .001; I2, 54%; [risk difference, −0.07; 95% CI, −0.10 to −0.05], [number needed to treat, 13; 95% CI, 10.3 to 19.1]) in trials reporting on the number of patients with AAD. This result was relatively insensitive to numerous subgroup analyses. However, there exists significant heterogeneity in pooled results and the evidence is insufficient to determine whether this association varies systematically by population, antibiotic characteristic, or probiotic preparation.